How an author can deal with online trolling and harassment 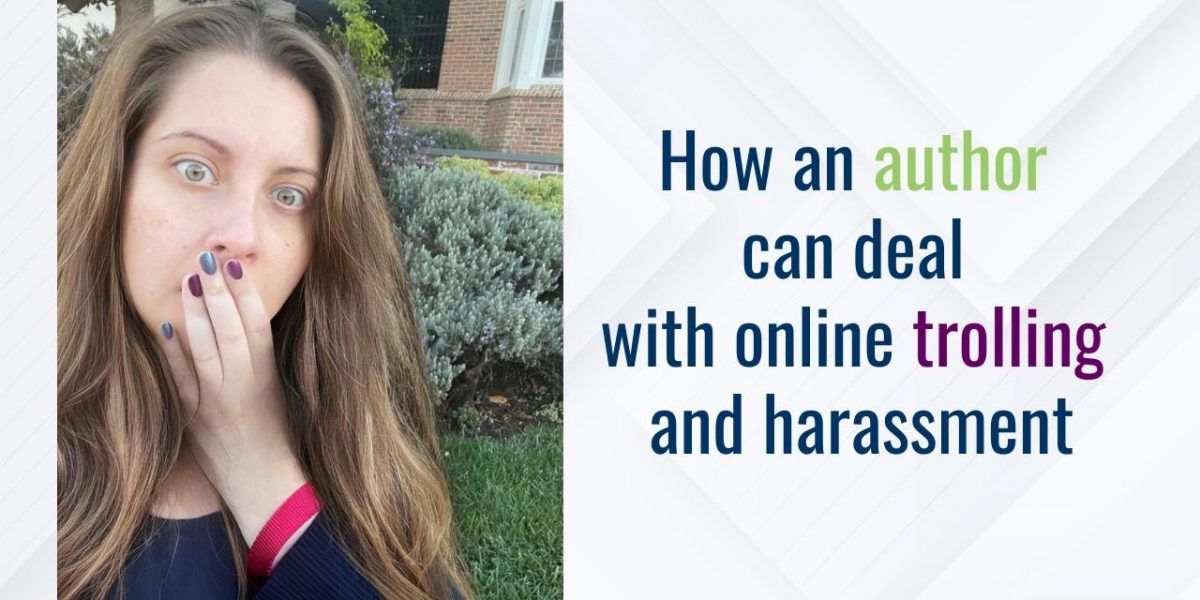 Absolutely all successful people, including authors, fall prey to attacks and unfair criticism. As it turns out, popularity brings not only money and satisfaction, but a lot of negativity as well.

In addition, quite often the negativity comes on its own, without any hint of success. Each of us has probably run across internet trolls; even if we  haven’t personally been victims of bullying, we have seen it happen to others.

Many authors just starting out feel uneasy just thinking about it. How can you display your book for all to see if you know for sure that someone will certainly say something nasty about it?

What Is the Best Way for an Author to Deal With a Troll?

Remember what you signed up for

The phrase, “It’s no skin off my back” will have to become your new motto. Did you ever sign up to deal with every person who likes to stroke their own ego at the expense of others? Is someone paying you for that?

Beginner authors often react very sensitively to every negative comment. They focus on a handful of trolls and waste their time and energy on them. Whereas those resources could be used in a very different way:  to attract hundreds of new readers.

So what’s a better use of your time?

Separate yourself from your works

It’s also useful to separate yourself personally from your writing.

When readers don’t like a book, they don’t mince words and will express their frustration directly. It doesn’t even occur to them that the author will read every review, and that harsh words may really hurt him/her. After all, they are writing reviews for other readers, not for the author.

Everyone is different and has different tastes, and that’s normal! A tender love story isn’t likely to appeal to a gamer who loves to play first-person shooters. And it’s unlikely that a horror story, even the best one in the world, will interest cozy mystery fans.

Quite often, a person will buy a book that isn’t a good fit from the outset due to its genre, style, or values. Naturally, he’ll end up tossing it aside in disgust. But that doesn’t mean it won’t appeal to fans of the genre. On the contrary!

Take it as a given that you’ll make mistakes

Accept the fact that initially, you’ll make mistakes. It would be odd to expect that the debut work of a writer starting out was going to be as flawless as a seasoned author’s twentieth book or the first book by a journalist who previously spent ten years practicing writing articles.

There’s nothing terrible about making mistakes – you’re learning and seeing what works and what doesn’t, and gradually gaining experience. Even if others notice these mistakes, does that really mean you’re hopeless?

Only those who do nothing are hopeless. While you are moving forward, you’re making progress.

Readers might compare a newbie’s work with world classics and fume that her work isn’t “up to par.” But the great writers also didn’t become masters right away. First, they wrote like everyone else: some things worked, some things didn’t; they, too, were criticized and rejected. Read the biographies and memoirs of your favorite authors and see for yourself. And follow their example: practice, gain experience, and never give up.

When it comes to reviews, try to treat them like a scientist. Nothing personal, you just need to collect the data so that you can analyze it and take it into account in your future work.

Suppose that your readers’ reaction turned out to be roughly like this: “The author can’t write logically,” “I’m sick of the drawn-out descriptions,” “The main characters are idiots.”

If different people wrote these reviews, and the same criticisms were repeated from one comment to another, then they’re not trolls but regular, not very polite readers who weren’t satisfied with the quality of the book.

Obviously, this is not a verdict. It’s not about you, but rather, about very specific mistakes that you can and should fix.

Thank you to those people who gave you a hint of what went wrong, even if the manner was rough. Now the scientist knows what she needs to work on.

If it’s clear that you’re being attacked by an unhinged person who wants to cause you pain for some reason, then you aren’t the problem. There are people in this world with an underdeveloped sense of empathy, a poor upbringing, and serious psychological problems.

Sometimes mean comments are written by teens who haven’t been taught that this is not the way to assert themselves. That’s the phase of life they’re in: they make noise, they perform acts of vandalism, they get in trouble and otherwise try to “rebel against the system.” It has nothing to do with you – you just happened to be in the vicinity.

All of these things aren’t being written for you. These people don’t know you at all and aren’t thinking about you. Mean comments are published only to “mark one’s territory,” and you have to treat them accordingly.

How to resist internet trolls

What should you do if you get a mean and illogical comment targeting yourself or your book?

Beginner writers often find support in writers’ groups on social media. But unfortunately, they can also run into mean-spirited trolls there who call themselves authors.

The problem arises due to the illusion that a toxic writers’ group is a reflection of the whole literary industry. The newbie gets the impression that if these particular people reject him, then nobody will ever like his work, and he may as well throw in the towel when it comes to writing.

We all instinctively want our social group to accept and approve of us. It’s built into our biological program: after all, if your tribe rejects you, you could die of hunger. It is this ancient fear, which has nothing to do with modern realities, that paralyzes writers when they run across trolls in authors’ groups.

In the meantime, most readers don’t even know of their existence, and the opinion of the regulars of a tiny group has no influence whatsoever over how things really stand.

Toxic author groups form when beginner authors gather on one platform and try to market their books to each other. Nothing comes of it because they all belong to different target audiences, and this causes frustration and the desire to take the anger out on someone else.

A productive environment for authors

The goal of socializing with other authors isn’t to judge and evaluate other people’s talent. Your goal is to find like-minded writers working in your genre and to combine your efforts in promoting your books.

If author groups aren’t helping you in your work, don’t stick around. You need to be working with fans of your genre instead of wasting your time reading junk that only harms you.

Every time you feel a desire to waste your time on trolls, remind yourself that they will NEVER buy your books. Since that’s the case, you shouldn’t care what they think of you. You aren’t working for them, after all!

And there is no sense in fearing for your reputation either: trolls can’t prevent you from selling your books. Sure, they’re loud and can cause a lot of trouble, but they make up a negligible percentage of the total number of your readers. What matters are real sales and reviews that help you grow and develop.

Please reply to this letter and tell me what is getting in the way of your success. The most typical cases will be covered in one of the upcoming letters.

Take the quiz and identify your author archetype!

Take the quiz, identify your author archetype, and get the marketing strategy that's right for you.
Take the Quiz
free